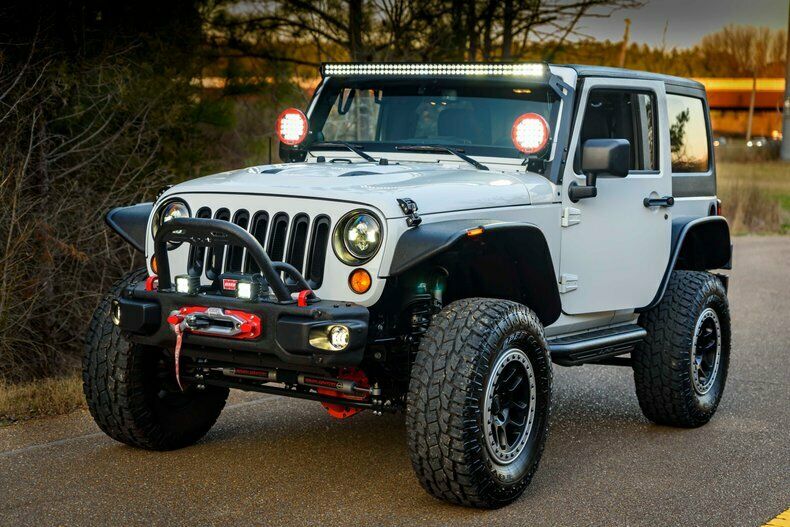 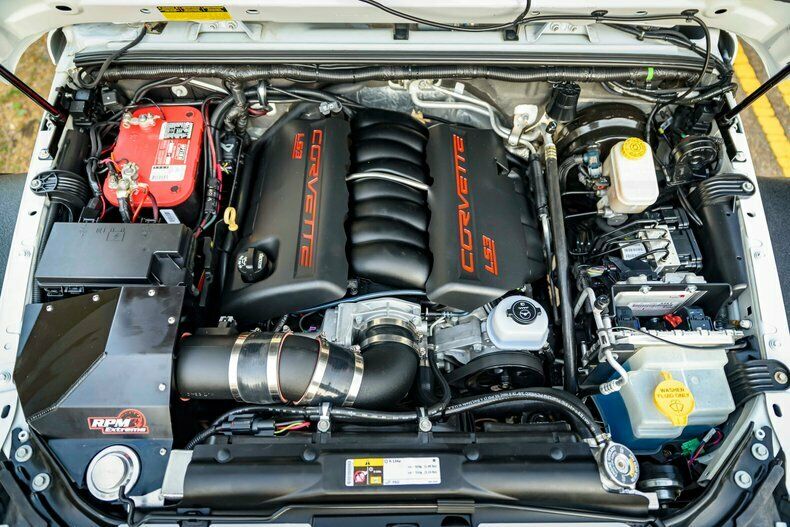 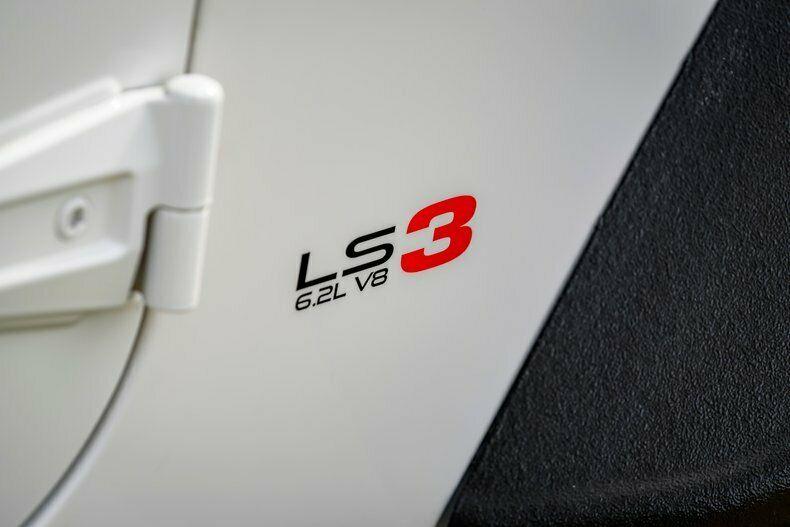 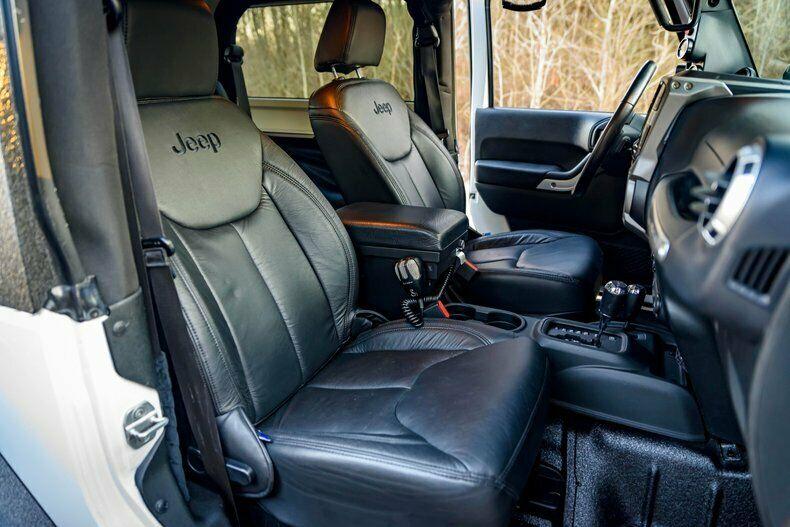 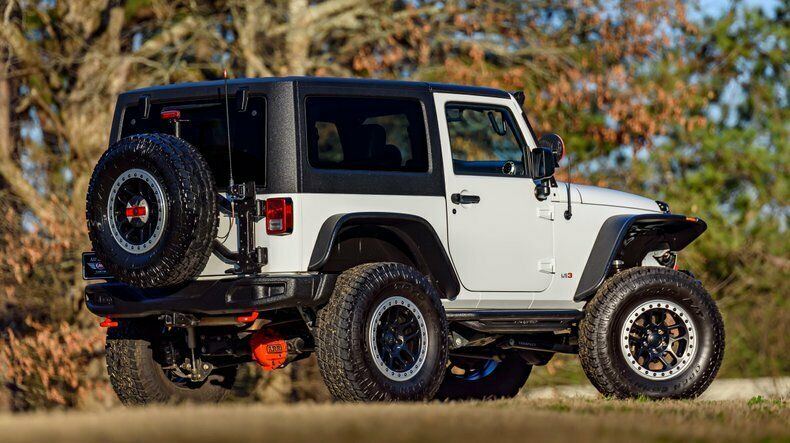 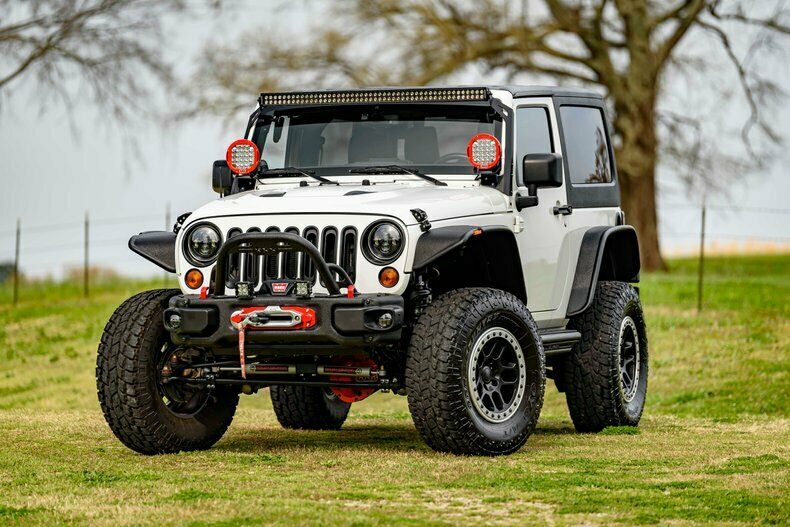 When you’re ready to hit the trails, your best option is the Jeep Wrangler Rubicon. Since its inception, the Jeep is built for people prepared to explore. Jeep’s Wrangler Rubicon is equipped with plenty of extra off-roading capabilities, which gives you the potential to go almost anywhere. The Wrangler Rubicon is definitely the king of the hill, but the one complaint always tossed around is that it is slow and underpowered – until now!

With Art & Speed’s latest offering, you can forget about that notion as we introduce you to this two-door 2013 Jeep Wrangler Rubicon with a Chevrolet Corvette LS3 conversion! You heard that right – this Rubicon packs a 430 horsepower 6.2-liter LS3 under the hood – gone is the anemic 285 horsepower 3.6-liter V6. But it doesn’t stop there; no expense was spared on this incredibly professional build. The owner went all-in to make this one of the coolest Jeeps on the planet with the documentation to back it up. Let’s take a closer look at this one-of-a-kind powerhouse!

We have to start with that drivetrain. A leader in Jeep V8 conversions, RPM Extreme performed the swap with a brand new JK to Corvette LS3 conversion kit mated to a 6L80E six-speed automatic transmission. The Corvette engine covers and subtle LS3 fender callouts are the only things outwardly advertising this Jeep didn’t come from the factory that way. There is a laundry list of items that had to be changed for everything to work flawlessly. but some goodies include a Cadillac CTS-V accessory drive kit, a 4-inch RPM Extreme LS cold-air intake kit, an HD two-core radiator, and a 2.5-inch exhaust. To keep it all safe while crawling rocks, a Quadratech aluminum modular engine and trans skid plate is mounted underneath.

The Rubicon received plenty of upgrades to the exterior look, including a new Power Dome hood with aluminum hood catches, before a complete repaint in 2019. The decals are affixed under the clear coat and there isn’t a scratch visible anywhere! Black Bushwacker flat-style fender flares keep rocks from hitting the paint, while LineX coating sprayed on the floorboards and inner fenderwells provides an additional layer of protection. A RubiTrux Maximus-3 accessory kit adorns the perimeter with a Stinger Starred Hoop front bumper housing a synthetic-roped 10,000-pound Warn winch at the front and a modular tire and jack carrier at the rear.

Even the wheels and tires received the upgrade treatment with 35×12.50×17 Toyo Open Country A/T Extreme II tires mounted on 17-inch Mopar Beadlock-Capable wheels with 1.5-inch spacers. As a bonus, the owner is even including an extra set of factory-style 17-inch wheels and BF Goodrich Mud-Terrain T/A tires with the purchase (35×12.5×17) in case you want to change up the look! Of course, lighting is critical when off-roading at night, so this LS Rubicon is outfitted with plenty of auxiliary lights, including a windshield-mounted, 50-inch, two-row LED light bar and two cowl-mounted ARB LED Flood Beams. The stock headlights were upgraded to projector beams, and there are floodlights in the bumper as well.

To help with handling and ride quality, the Wrangler is outfitted with a Teraflex 3-Inch long arm lift Kit with Flex Arms, while Fox shocks with remote reservoirs afford a smoother experience and extra travel on the trails. The driveshafts were also replaced with upgraded Adams driveshafts and ARB differential covers provide extra protection to the gearsets. A Rough Country dual steering stabilizer keeps the Jeep pointed in the right direction and a Power Stop Z36 Extreme Performance Disc Brake Kit was added front and rear to stop this beast.

The interior wasn’t forgotten on this build either. A Viper remote start kit gets the Wrangler warmed up before you hop into the Katskin covered seats. The padded rollbar features grab bars to ease ingress/egress into the cabin. Extra gauge pods on the A-pillar monitor all the engine vitals. What’s an adventure without tunes? This Jeep is sure to have the best stereo on the trails! An Alpine CarPlay Sat/Nav head unit is mated to a Kenwood six-channel amplifier belting out through a JL Audio subwoofer (in the factory enclosure) and speakers. It even includes a lighted backup camera. In case you get lost on an excursion, you can call for help on a Cobra CB radio mounted in the security console. Even the antenna is upgraded to lessen the chances of being ripped off.
than this one. Come by Art & Speed or call 901-850-0507 to find out more about this LS-powered beast! 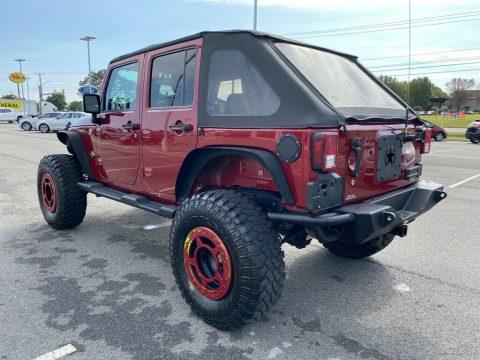 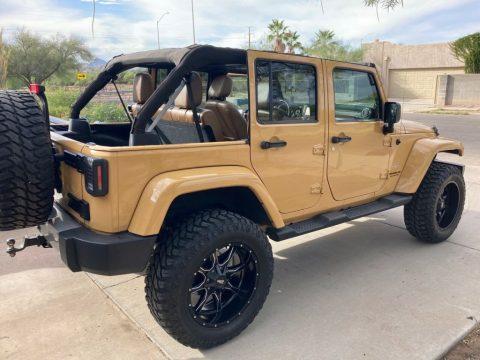 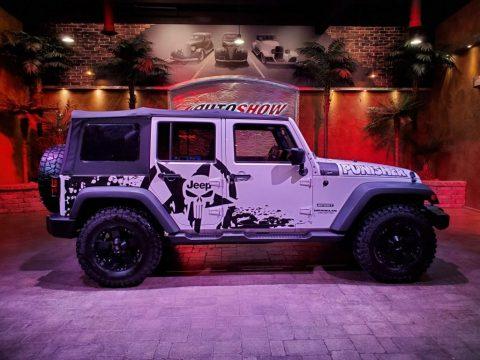