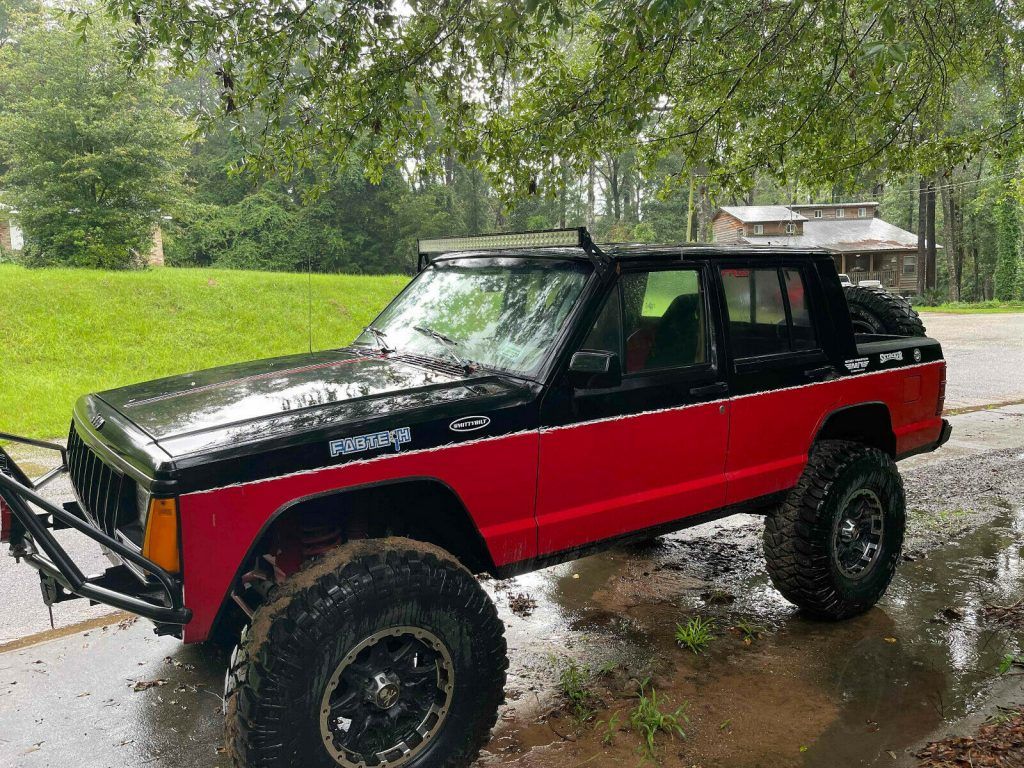 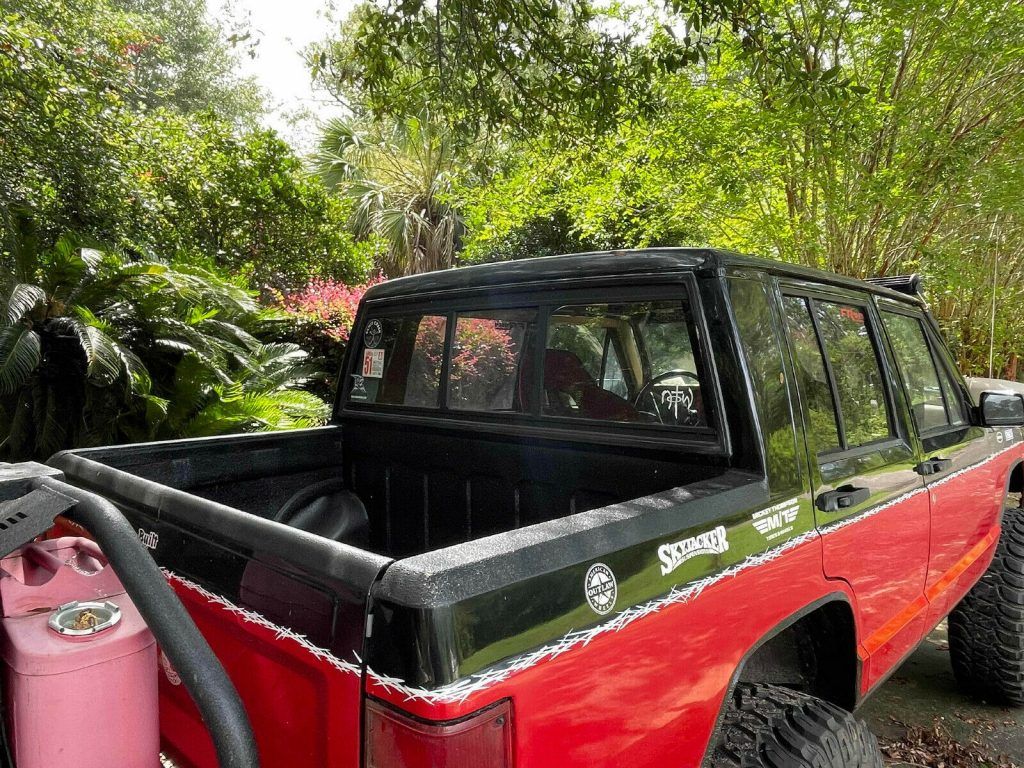 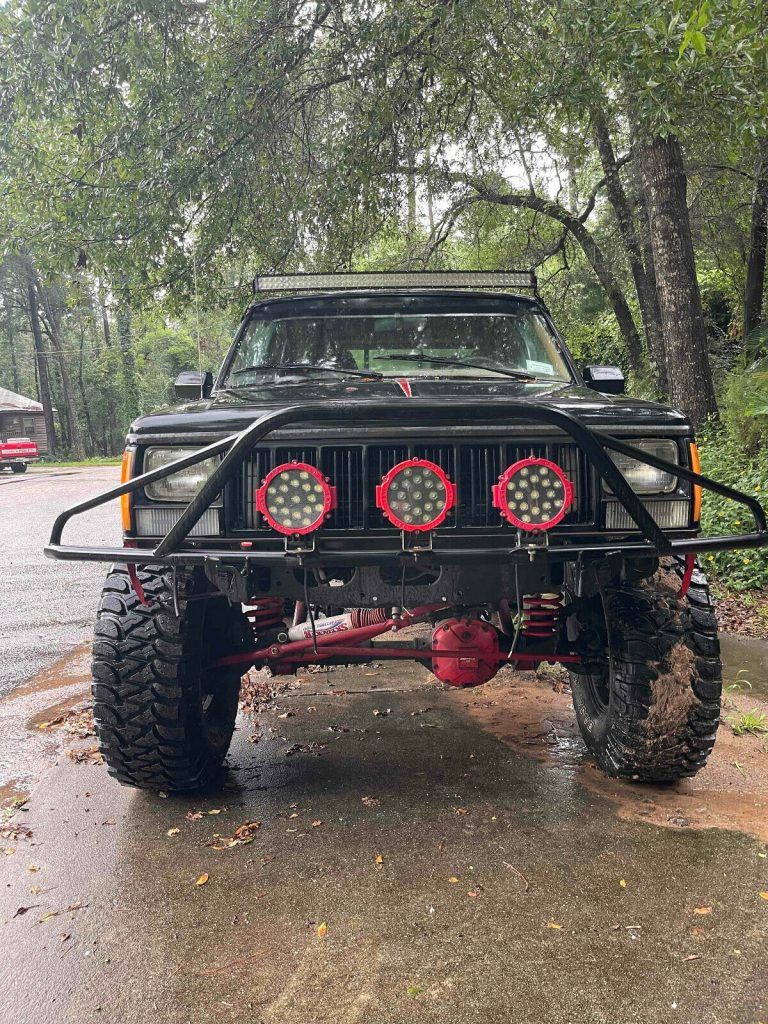 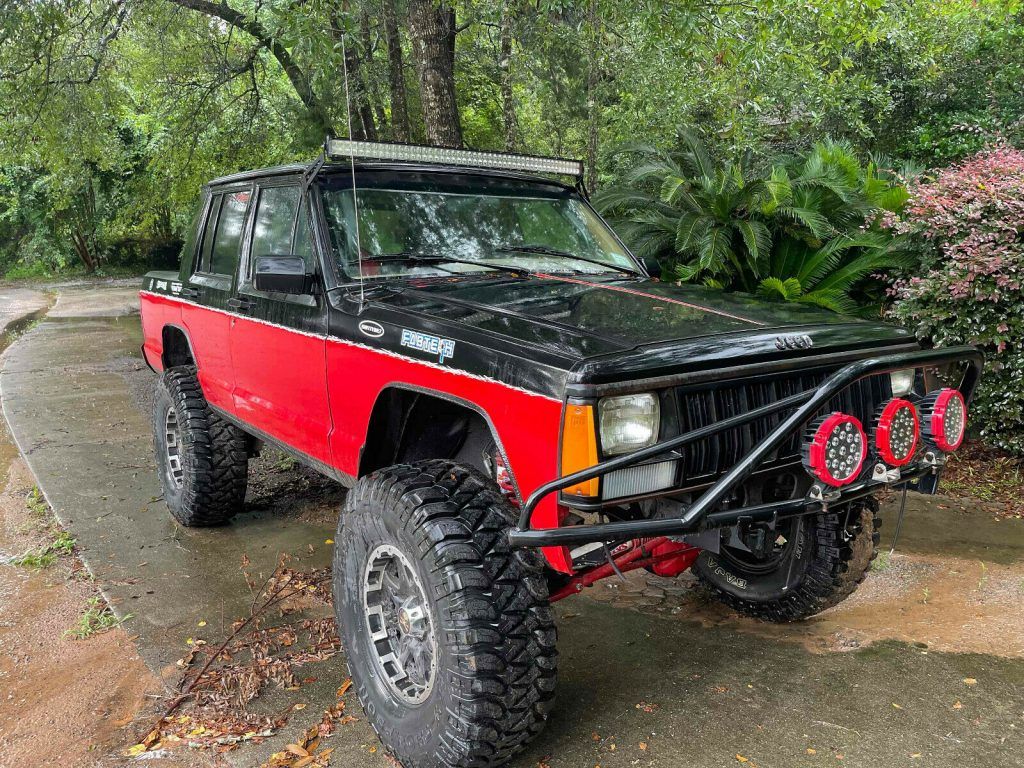 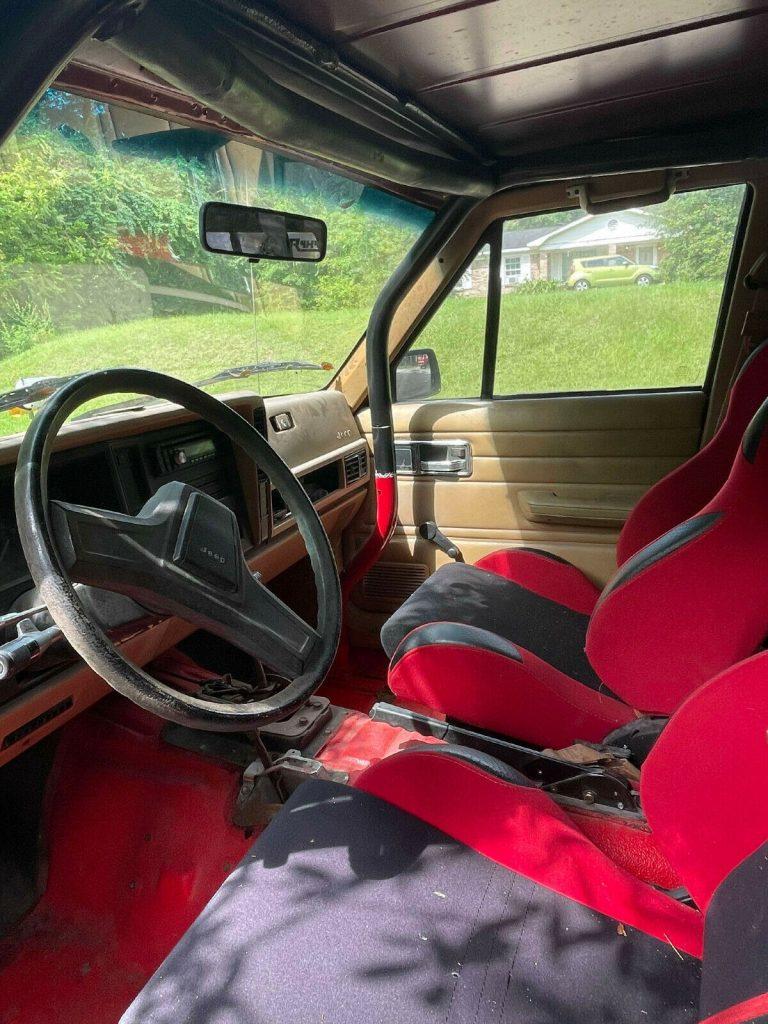 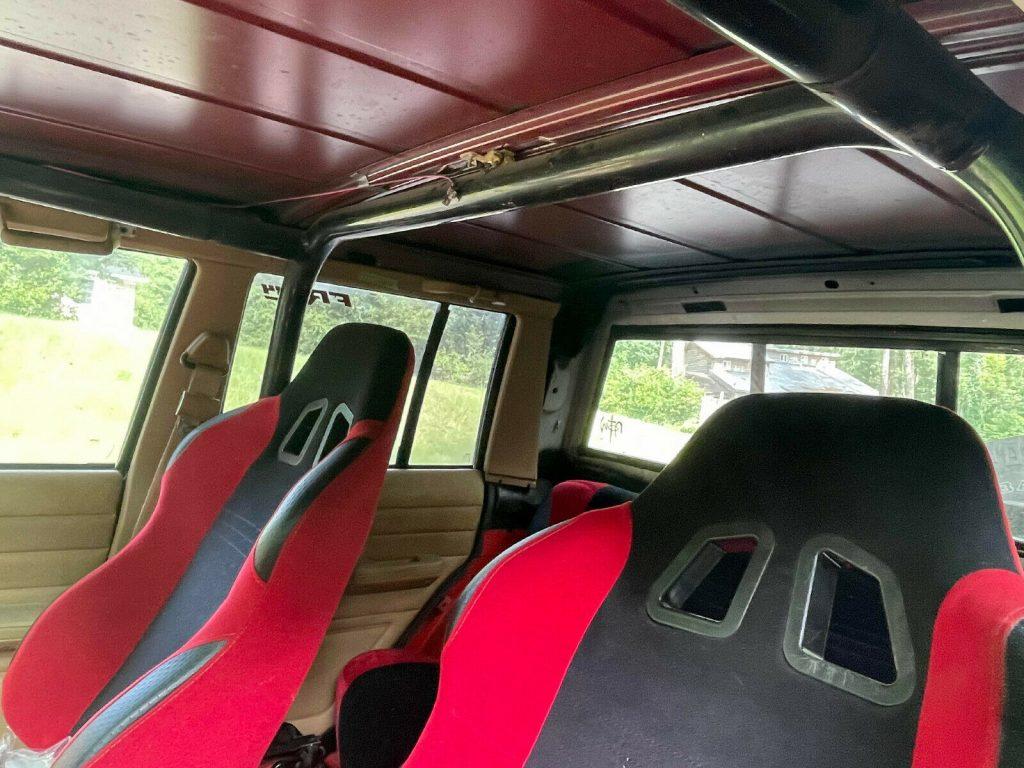 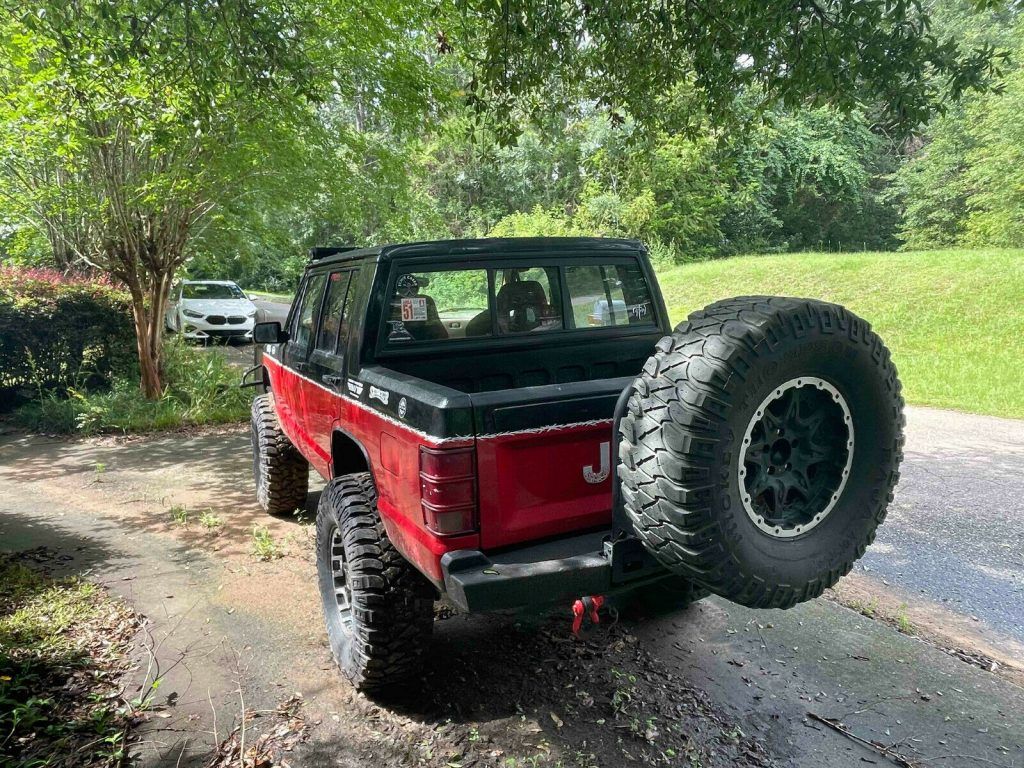 FOR SALE:1992 Jeep Cherokee LAREDO
This is a fresh rebuild of an Arizona kept non rusted vehicle with $110k original miles on the 4.0L.
Custom shop several months ago for $8000. He was making room in the shop for a build on a 1930’s rat rod to race at Bonneville this year.

I shipped it to AL and put on new brakes and rotors and rebuilt the drivers door window plus new glass ($1200). Jeep was built for minor rock climbing and attention getting at all the Jeep shows!

This is a project that is near finished. Under the hood needs cleaning and the interior needs the included trim put back on … it is a merger of an 87 Comanche, 88 and 92 Cherokee into what the Gladiator would have been had it been released back them. Its one of kind for sure. It’s prime for your final additions like a roof or chase rack with lights, speakers…, it’s ready for your final touches.

Prior owner showed this Jeep at a Jeep Jamboree in York, PA and was invited back next year to show on manufacturers row because of all the interest in the build.

A business merger has moved me to midtown Atlanta so I will not be able to finish the jeep out as planned.. I’d replace the dash with a black dash and trim and drop a Corvette LS engine in and this would be the coolest mix of Jeep on the road today! My fiancé doesn’t camp so it’s best to leave it to be finished out as the new owner would like.

It’s a great and unique vehicle that the lucky new owner will really appreciate!

Jeep is relisted for sale because prior buyer’s check was returned. 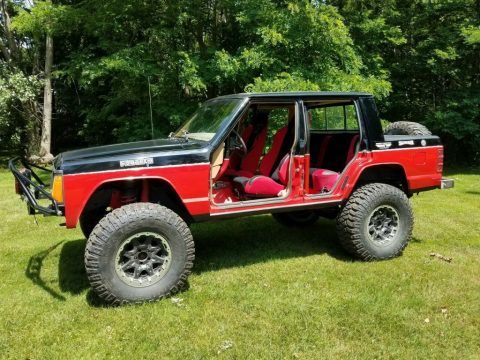 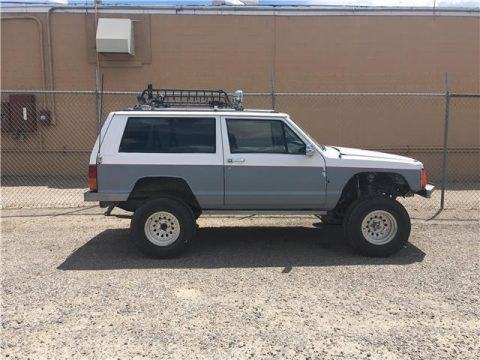 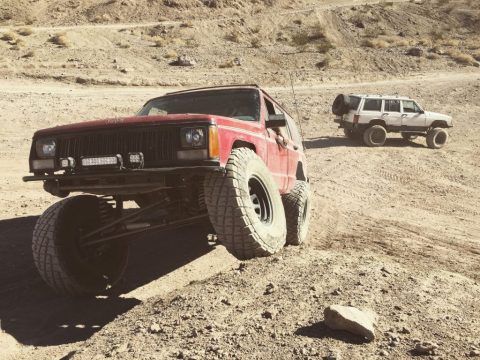