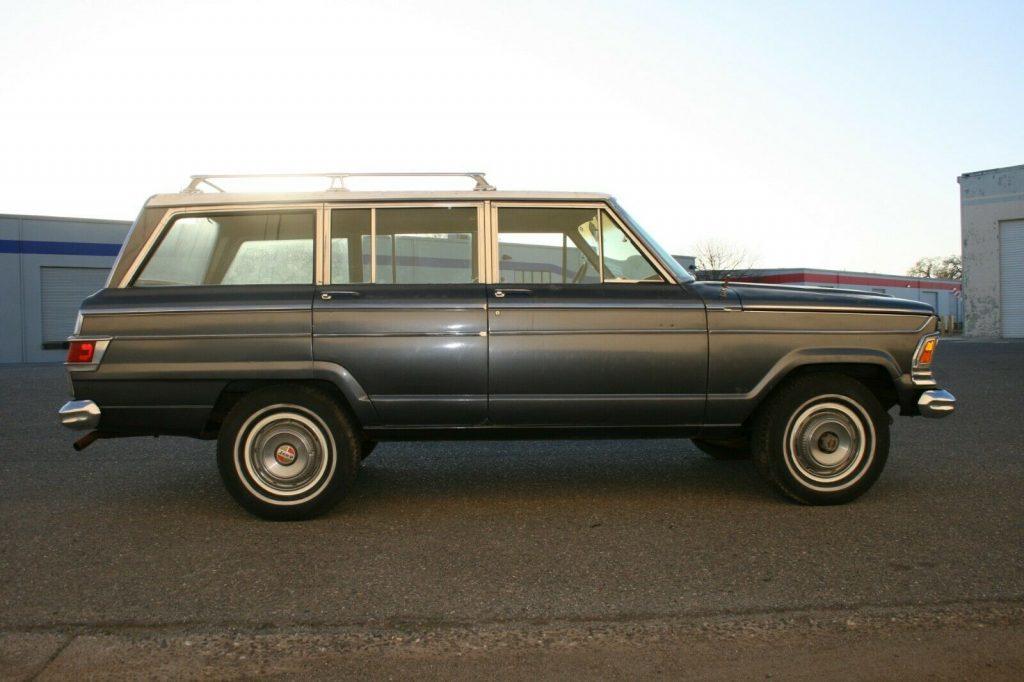 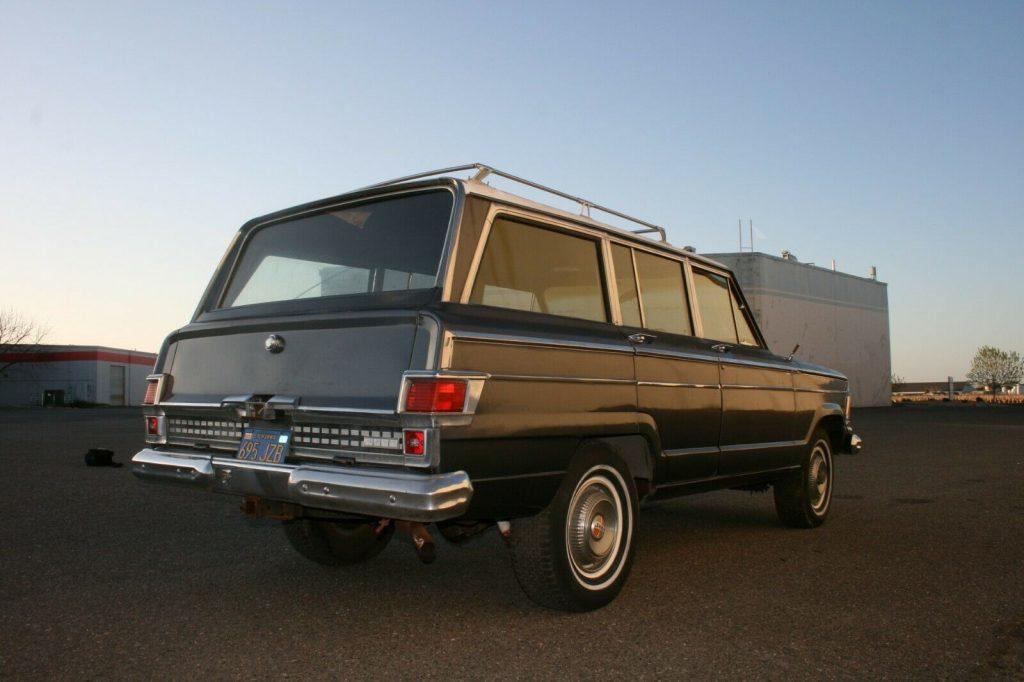 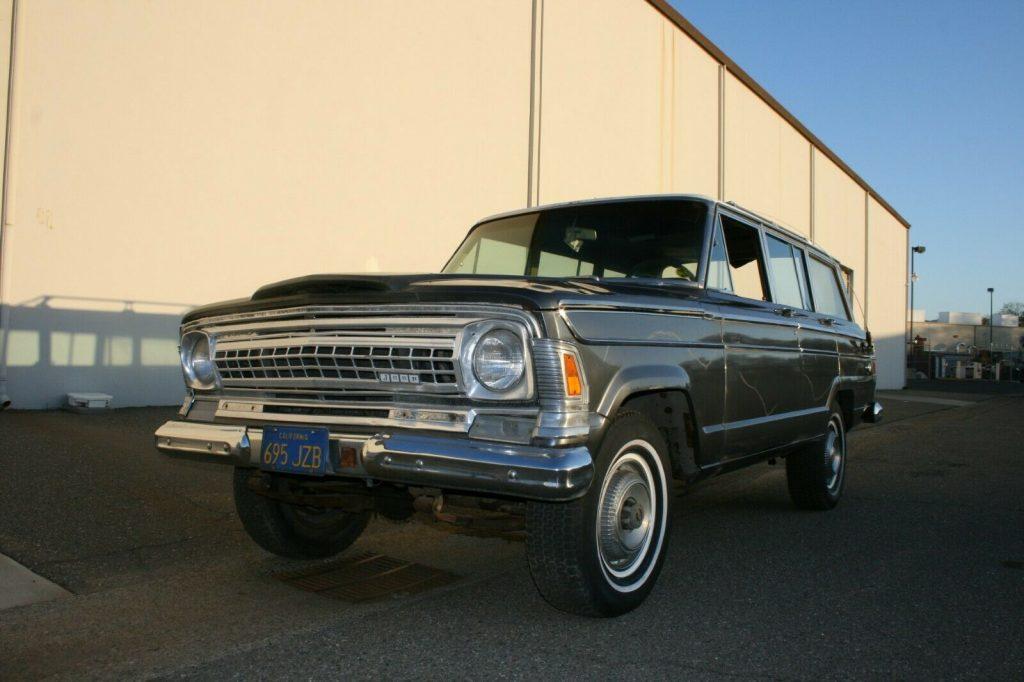 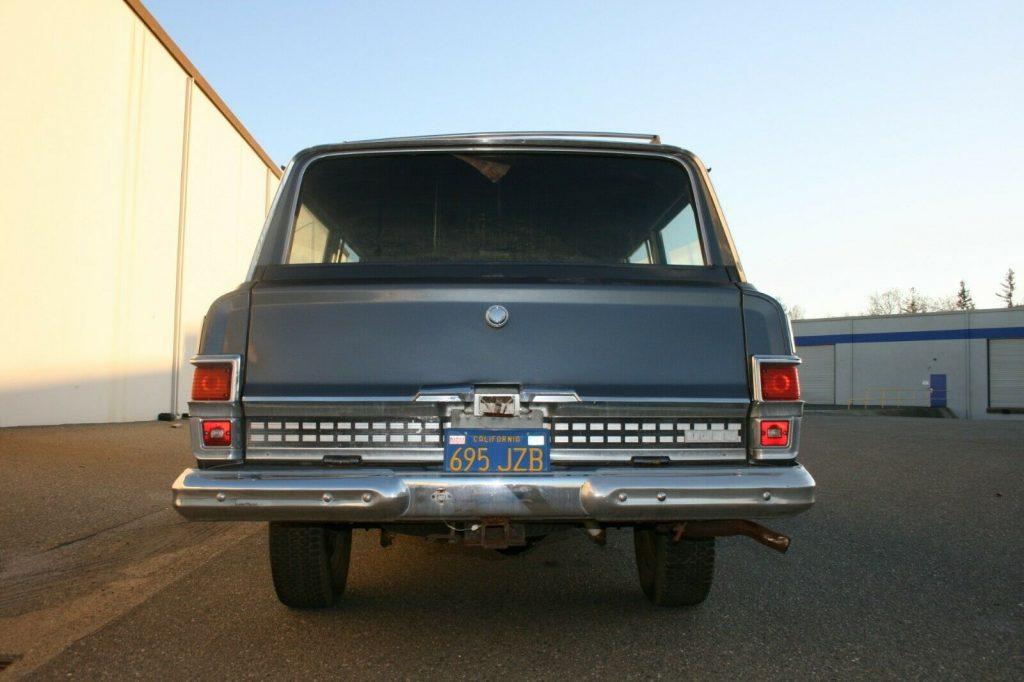 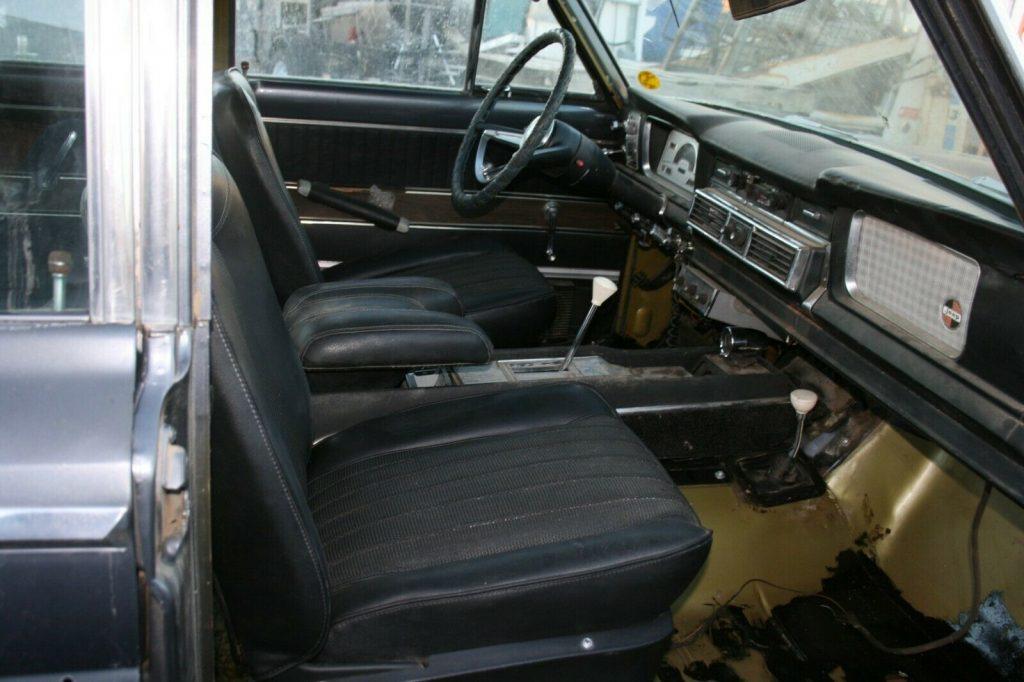 1971 Jeep Wagoneer…”the Holy Grail of Wagoneers”
For sale is what has been described as the “Holy Grail” of Jeep Wagoneers…a final year 1414X. In 1968, Jeep, then owned by Kaiser, decided to offer a high line version of the Wagoneer in several iterations. The Super and Custom Series (C and D) debuted and came standard with bucket seats and a console. They were offered in several colors and could be further optioned according to the buyer or dealers choice. Interestingly, due to an agreement with General Motors, Kaiser was putting Buick engines and transmissions in their Jeeps which made for a really great pairing of a dependable well known power plant with a classic body. These special Wagoneers were very expensive and also offered in limited supply. In 1970, AMC moved in and purchased Jeep from Kaiser and began the shift from use of General Motors power plants to AMC only power plants. By the end of 1970, a decision was made to use up the remaining GM drivelines and then to ultimately end the high line Wagoneers. This made 1971 the final year of these rare Jeeps and it has been estimated that fewer than 50 were produced with the Buick drive train. They were only offered in one color…Golden Lime…which was an AMC color. A short continuation of the series with AMC 360 engines ended by July of 1971 and model disappeared for good.

Offered for sale here is one of the last 50 Golden Lime 350 Buick powered 1414 X 1971 Wagoneers. It was purchased new here in California and then used at a vacation home in the mountains where it was stored. The Jeep has just over 48,000 original actual miles. Sometime in its life, it was repainted the gray color you see here (it really needs to be repainted Golden Lime). The original Golden Lime paint is visible in the interior floor pictures you see here. It is loaded with options including power steering, power brakes (AMC did not offer disc brakes on Wagoneers until later in the decade), and air conditioning. It has the console with the unique console armrest and the ultra rare console clock which are all in beautiful shape. Their are no rips or tears in the original seats. The truck has recently had the carburetor professionally rebuilt and the gas tank cleaned and painted. It runs smoothly and quietly and shifts great. I have to apologize here for not taking a picture of the motor…I will try and add it later…sorry…it is there and is all original and complete. This Jeep is 100% complete and really needs a paint job. The hood does have a dent as does the top but I have an extra all original (also rust free) hood that comes with it. I also have NOS tail light lenses for both sides and new parking lenses for the front. Also included is a mint steering wheel center emblem and a new full carpet set from ACC with extra thick padding. 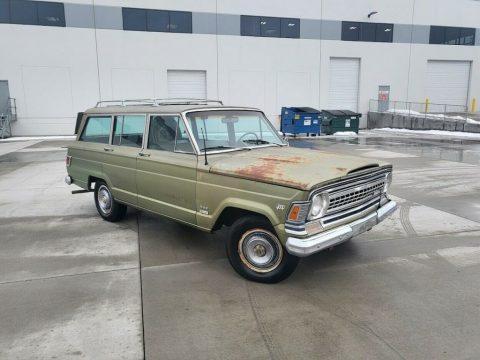 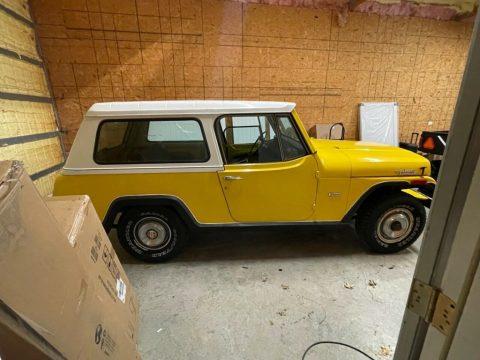 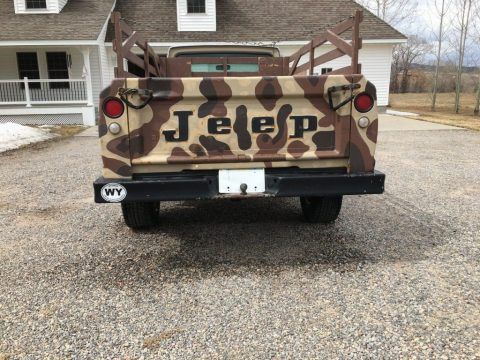