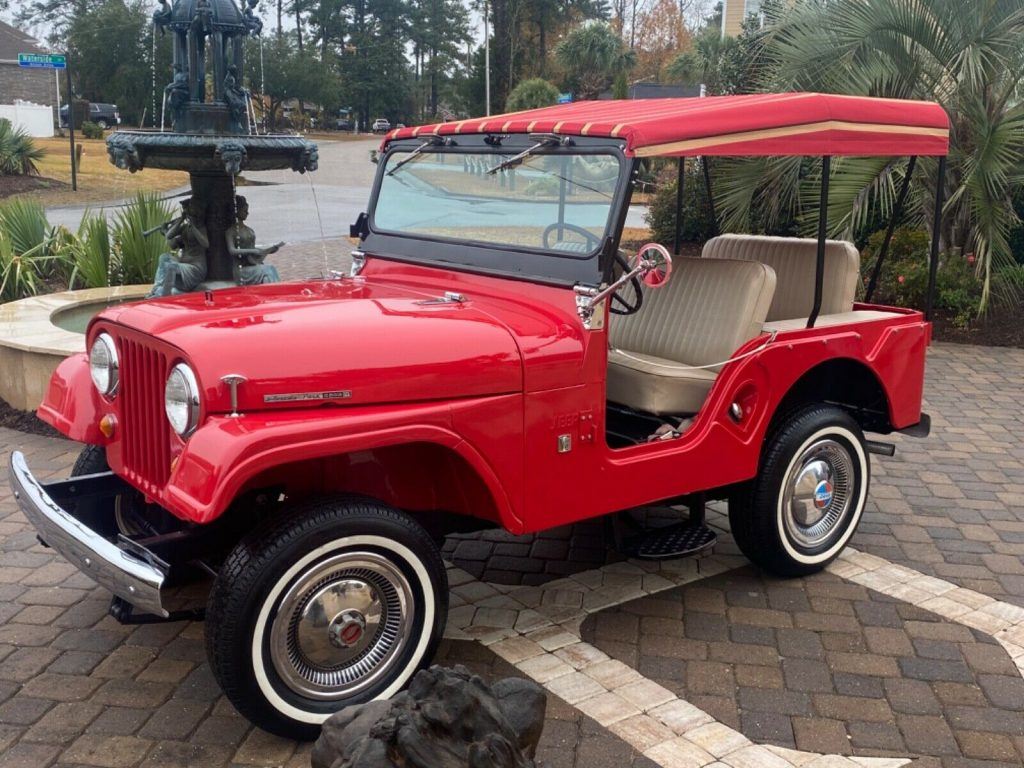 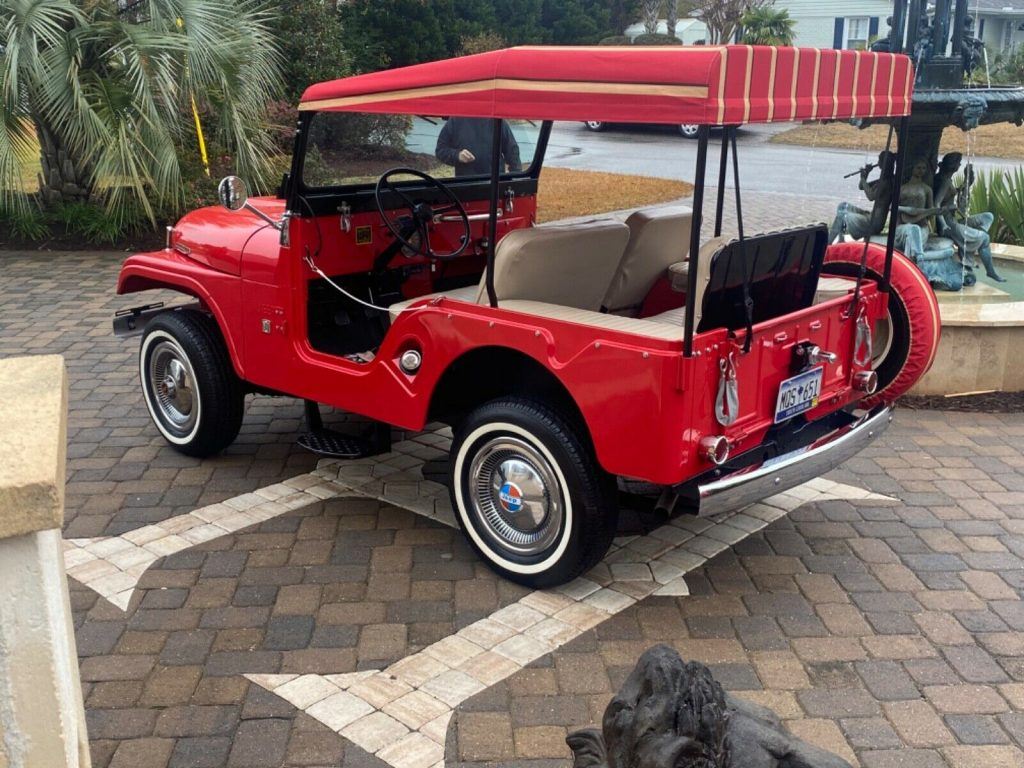 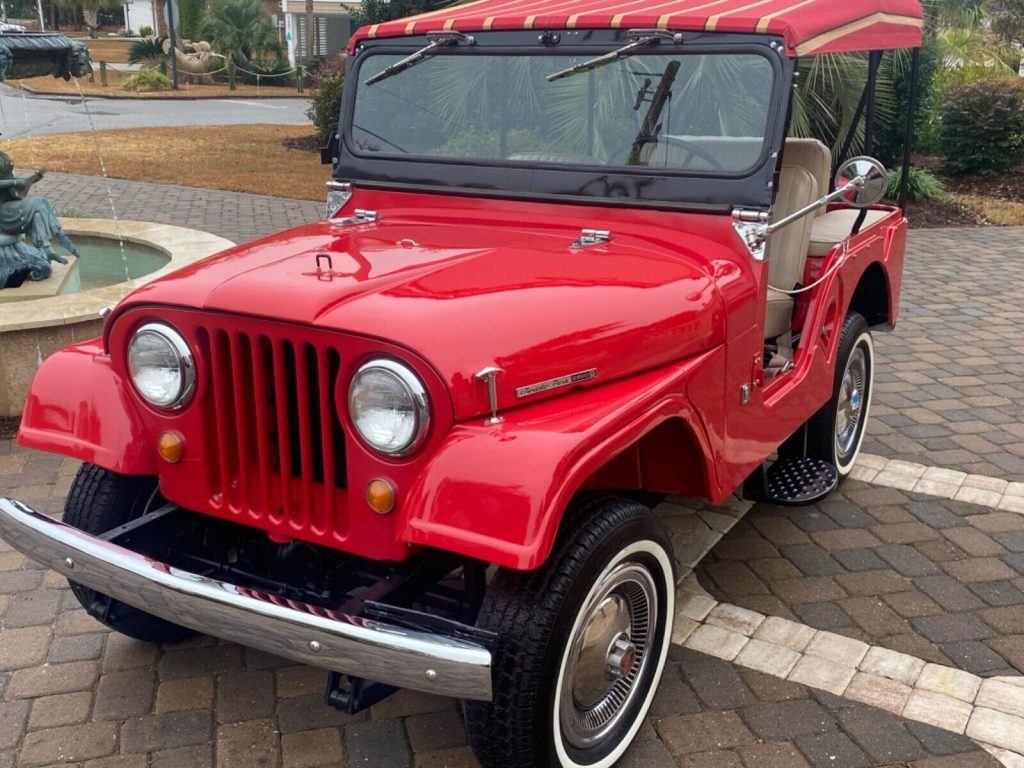 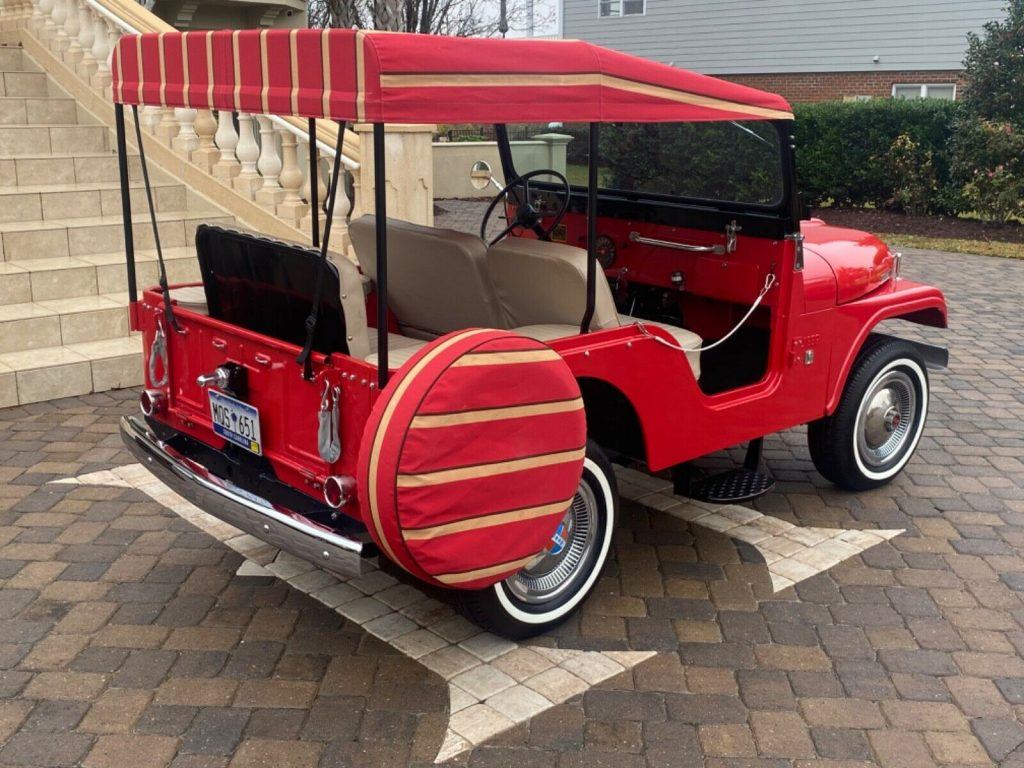 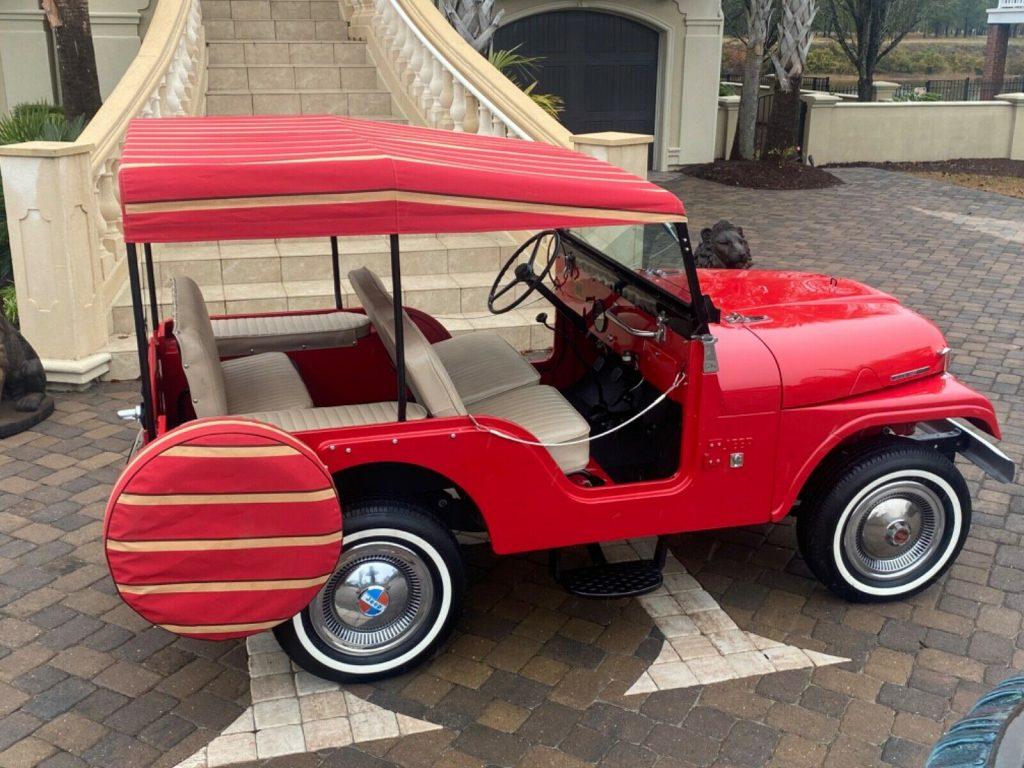 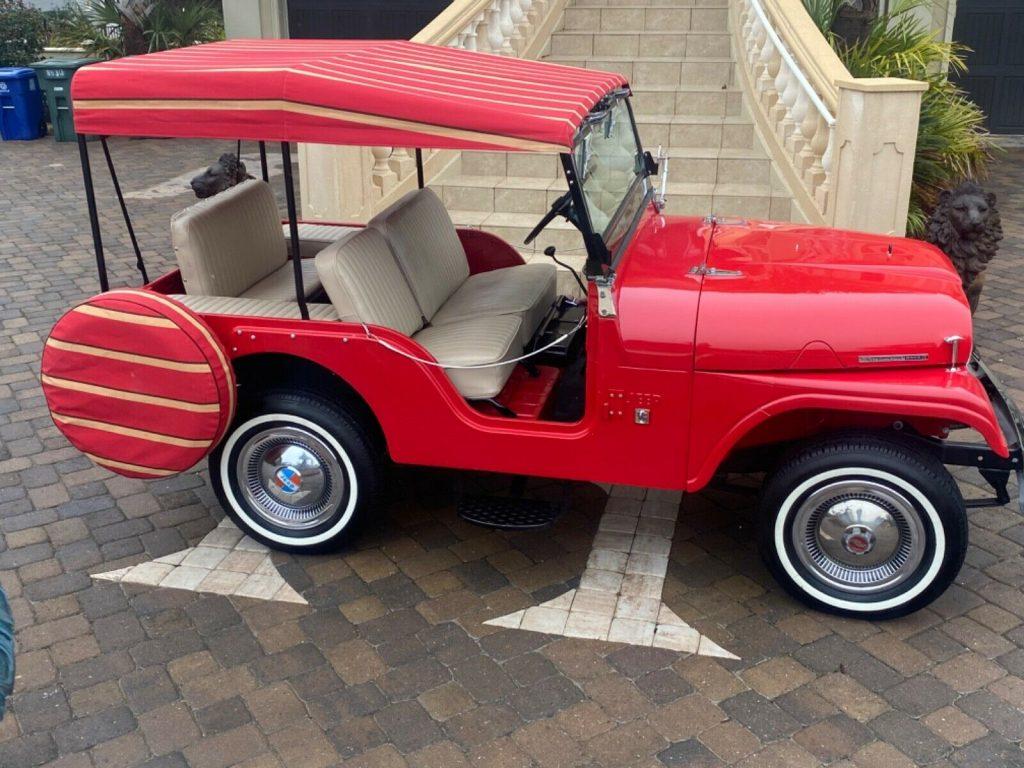 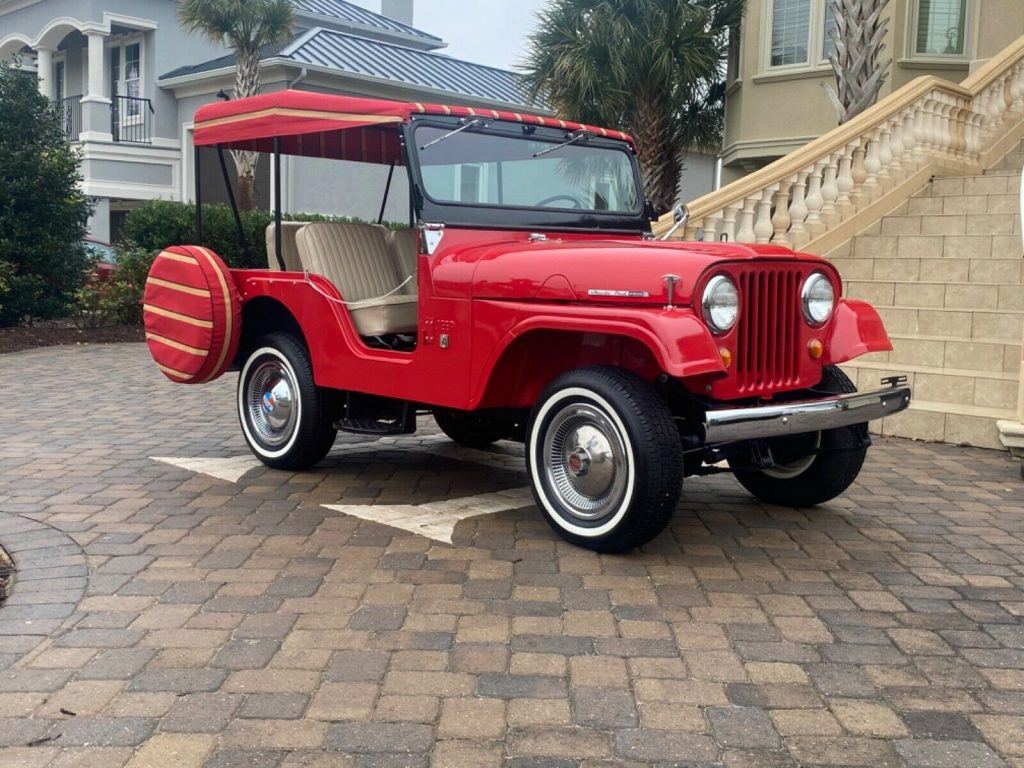 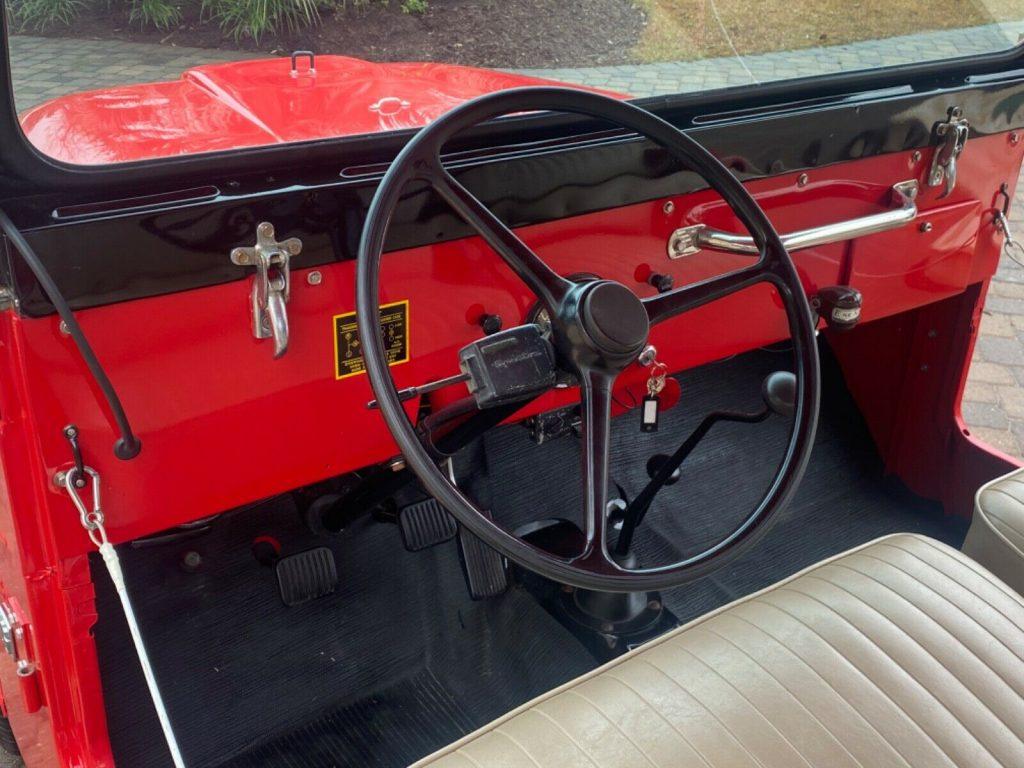 1965 Tuxedo Park CJ jeep Super rare with 24K Documented miles
Now considering that it is a rare 1965 Tuxedo park, its even more rare !!! Selling a super rare , 24k original documented mile, rust free, fully restored classic that is perfect for driving or investment purposes. The story of how Jeep debuted the Tuxedo Park model to lure a higher end customer into buying a Jeep product makes for a great story to tell, There is no better way to tell that story than to have one of these fully restored examples right in front of you,
From the rudimentary 1946 CJ-2A to the last CJ-7s of 1986, for 40 years there was a Jeep CJ for practically any task. Kaiser-Fraser was already failing when it took over Jeep producer Willys-Overland in 1953, but the CJ carried on for more than 30 years afterwards. One of the longest-running variants was the CJ-5, which first appeared in 1954. By 1961, Kaiser realized the Jeep was beginning to lose ground to fresh-faced competition both foreign and domestic. The fast-growing youth market was turning to sportier cars that emphasized style and speed, while Jeep’s image was, at least figuratively, stuck in the mud. In response, Jeep rolled out the Tuxedo Park, a trim package that included chromed add-ons and upgraded seats. In 1964 the Tuxedo Park became its own model, the Mark IV. Available in either CJ-5A or CJ-6A long-wheelbase configuration, the Mark IV was distinguished from the standard Jeep by its chromed bumpers and hood badges, hood hold-downs and windshield clamp catch, chromed full-size wheel covers with “Jeep” center caps, a drop-down chromed license plate frame and chromed tail light bezels.

Mark IVs were few in number, identified as genuine by its “8322” VIN prefix must be considered one of the very best still in existence. Garage kept since new and never driven on dirt roads, this remarkable 4-wheel-drive specimen shows just 24,961 miles on the odometer. Power comes from the Buick-based Dauntless 225/160 HP V-6 engine mated to a floor-shifted 3-speed manual transmission. Accessorized with the optional Surrey Gala top, a side-mount spare with matching cover and chromed mirrors, This pristine and rare specialty CJ-5A Tuxedo Park Mark IV promises years of fun, whether as a collection centerpiece or a showcase vehicle for parades and special events.

In 1961, Kaiser was coming to the realization that it had an image problem. The broader masses believed the Jeep to be a great…vehicle — that is, if you needed to work on the farm, go hunting, or partake in some other industrious activity. To fix this “problem” they decided to introduce a new, more “upscale” version of the CJ-5. So…in 1961, the Tuxedo Park was introduced as a trim package. It is widely believed that these trim packages (Tuxedo Park I, II and III) were offered between 1961-1963, and included chrome add-ons, along with an “Indian Ceramic” steering wheel (in place of the standard black).

Unfortunately, this model never gained the popularity that was hoped for, While these vehicles did not capture the undivided attention of the masses, they were a valid attempt at becoming something “more” than what Jeep® appeared to be in 1960, and opened the door for other models that were to come… 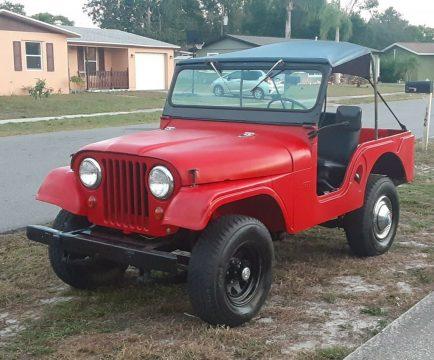 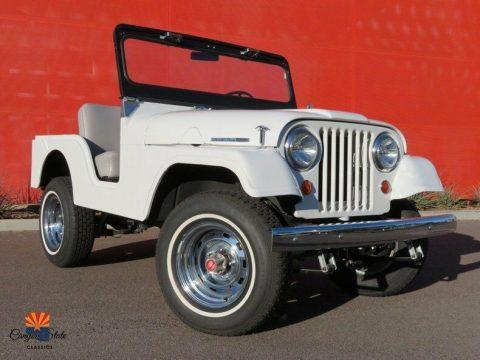 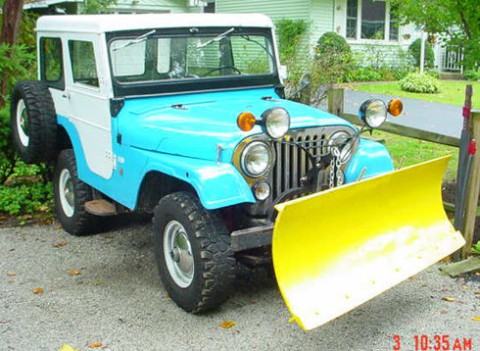